OTF In The News

Transportation and Climate Initiative: As Northeast states consider cap and trade for cars, ‘it gets pretty complicated’

A coalition of Northeastern states is looking to craft a regional cap-and-trade system for cars.

“There’s been a successful effort to reduce electric-sector emissions. And now the states have an opportunity to pivot and really focus on the largest source of CO2 emissions in the country,” said Jordan Stutt, director of carbon programs at the Acadia Center, a Boston-based environmental group. 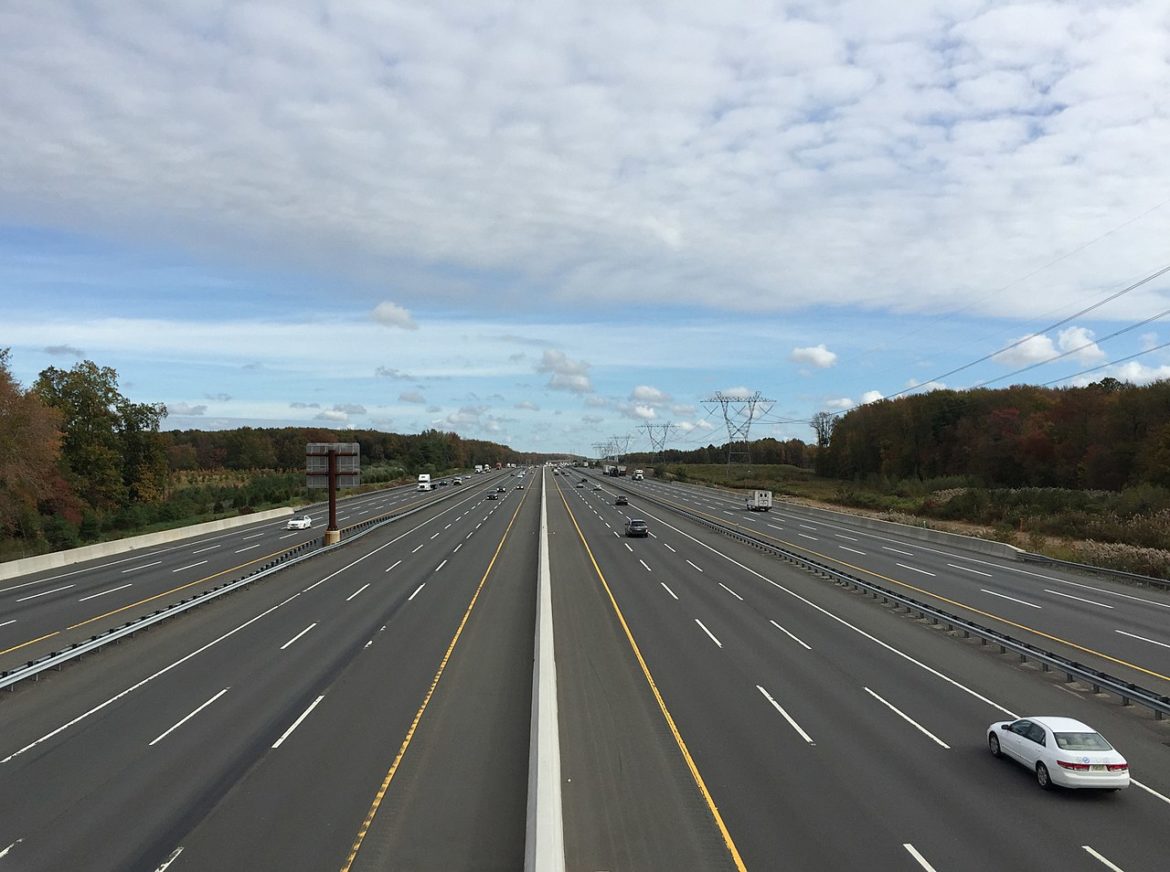 When it comes to planet-warming emissions, the United States is at a crossroads.

The power sector has gotten some help. The Regional Greenhouse Gas Initiative, a cap-and-trade system covering nine Northeastern states, has provided a market-based incentive for power plants to reduce their pollution.

Now, a coalition of Northeastern states is looking to craft a regional cap-and-trade system for cars.

That’s never been done before. And it raises a host of thorny policy questions.

For one thing, power plants are stationary sources of pollution. But cars are mobile sources that can cross state lines, making tailpipe emissions a trickier problem.

“There’s been a successful effort to reduce electric-sector emissions. And now the states have an opportunity to pivot and really focus on the largest source of CO2 emissions in the country,” said Jordan Stutt, director of carbon programs at the Acadia Center, a Boston-based environmental group.

“Frankly, the science is making it all the more clear that we need to act quickly on this,” Stutt said. “So even though the transportation sector is notoriously difficult to clean up, that’s no longer a good enough excuse.”

RGGI works by setting a declining cap on greenhouse gas emissions from fossil fuel-fired power plants. Facilities that exceed the cap must purchase carbon allowances at an auction. The revenue from the sale of carbon allowances goes toward state projects that promote clean energy.

Since RGGI’s inception in 2009, power-sector emissions in the Northeast have dropped 40%, propelled by the program as well as market forces. The new effort, known as the Transportation and Climate Initiative, could slash transportation-sector emissions between 29% to 40% by 2030, according to a report by the Georgetown Climate Center.

That could provide a strong counterpunch to President Trump’s rollbacks of environmental regulations, said Vicki Arroyo, executive director of the Georgetown Climate Center, which has emerged as a ringleader of TCI.

“The folks in the bubble around Washington who only think about federal policy might be missing out in thinking that what happens with the Trump administration is really all that’s happening on climate,” said Arroyo at an interview in her D.C. office near the U.S. Capitol.

Trump may be lending a new urgency to TCI, but planning for the program started well before his presidency.

The Georgetown Climate Center initially convened a conversation among states in 2010. At that time, the discussion was broadly focused on ways of collaborating on clean transportation.

In 2015, states narrowed their focus to the possibility of a regional cap-and-trade system for the transportation sector. And in 2018, they officially committed to designing such a program (Climatewire, Dec. 19, 2018).

To outside observers, it may seem like TCI has taken a while to get off the ground. But multiple people interviewed for this story rejected that viewpoint.

“I mean, it is true that we haven’t gotten to the real meat of a policy discussion until the last couple of years,” said Bruce Ho, a senior advocate in the Climate and Clean Energy Program at the Natural Resources Defense Council. “But now that we have the states focused on transportation, I think they’re actually making a lot of progress and have made some ambitious commitments.”

To be sure, there have been some hiccups along the way. Most notably, Virginia was a late addition. The Old Dominion didn’t commit to the program until September 2018 under Democratic Gov. Ralph Northam, who succeeded Terry McAuliffe, another Democrat.

“I don’t think I would characterize the [McAuliffe] administration as resisting the effort,” said Chris Bast, chief deputy at the Virginia Department of Environmental Quality, who was appointed by Northam. “I think there’s lots of work to do on climate change, and the McAuliffe administration moved forward very aggressively in a number of different ways. The Northam administration is continuing to move forward on that path, and we’re also ramping up additional action on other paths.”

Another hiccup came when New York didn’t sign on to the November 2018 announcement from TCI states that they would work to develop a regional cap-and-trade program. The Empire State was a glaring omission from the announcement, despite its longtime participation in TCI planning discussions (Climatewire, Dec. 20, 2018).

New York may ultimately decide to come on board, given the state Senate’s passage last month of ambitious legislation mandating a net-zero-emission economy by 2050, said Ho of the Natural Resources Defense Council.

“With the recent climate bill in New York, the state is poised to make progress across the economy, and transportation will be a necessary part of that,” Ho said. “So we hope that TCI will be part of the package the state uses to achieve its climate targets.”

States have committed to developing a model rule by the end of this year. Maryland Environment Secretary Ben Grumbles told E&E News he remains confident that states can meet this goal.

“I view 2019 as the year of clean transportation,” Grumbles said.

‘Who are the regulated entities?’

Currently, a cap-and-trade system for transportation exists only in California and Quebec.

The California program works by capping emissions from fuel distributors that emit at least 25,000 metric tons of carbon dioxide annually. The overall cap declines 3% annually from 2015 to 2020, and faster from 2021 to 2030. Facilities that exceed the allowance must purchase credits at quarterly auctions.

“California’s program has been a success, and it’s generated significant revenue to support clean transportation and clean energy. So it’s great news for the Northeast that these states are moving forward with this,” said Carol Lee Rawn, senior director for transportation with Ceres, a nonprofit that works with businesses and investors to promote sustainability.

“When you look at such a large cap-and-invest program like this, it gets pretty complicated,” said Dan Sieger, undersecretary of the Massachusetts Executive Office of Energy and Environmental Affairs.

“We’ve really tried to focus on the complexity of a fuel supply chain when you get into the New England and Northeastern states,” he added.

States have wrestled with one complex question in particular: What should be the regulated entity that needs to cap its emissions and purchase carbon allowances?

“Who are the regulated entities? Where in the fuel supply chain would they be? They’re very clearly not going to be consumers or gas stations,” said Chris Dempsey, director of Transportation for Massachusetts, an advocacy group.

“They’re also not going to be the extractors who are taking the oil out of the ground,” Dempsey said. “It’s going to be somewhere in the middle.”

In a 2018 paper, the Georgetown Climate Center dismissed several options, including consumers and gas stations. It ultimately pinpointed prime suppliers, which the U.S. Energy Information Administration defines as companies that produce or transport petroleum products across state boundaries.

There are roughly 100 prime suppliers in the Northeast and Mid-Atlantic, including refiners and fuel importers. The EIA requires them to submit detailed reports on how much fuel they transport across the region.

“It’s a much simpler way to regulate than going to the oil extractors, where the oil could be going anywhere,” Dempsey said.

But Arroyo said TCI has gotten little pushback from fossil fuel interests so far — including from the prime suppliers that stand to be most affected.

“So far, we’ve gotten a very positive reaction. People are coming to meetings. People are grateful to be invited. And that includes representatives from trade associations and oil companies,” Arroyo said.

“I mean, knock on wood,” she added, rapping her knuckles on a wooden table. “We’re not picking up on a lot of industry backlash at these meetings. But it’s still in the early days, and there’s not a concrete proposal out there yet.”

Sabrina Fang, a spokeswoman for the American Petroleum Institute, said the oil and gas trade association would carefully evaluate the final TCI proposal to ensure that it doesn’t raise gas prices for consumers.

“Any proposal that would impact businesses and families should be reviewed with an eye toward balancing environmental progress with potential impacts on consumer energy costs,” Fang said in an email. “API will review specific legislative and regulatory proposals once they are released for serious consideration.”

While industry has refrained from criticizing TCI, environmental justice advocates have shown no such restraint.

Georgetown Climate Center could do a better job of reaching out to the low-income and minority populations that have historically borne the brunt of pollution from transportation, said Ramón Palencia-Calvo, director of Chispa Maryland, a Latino organizing program.

“A lot of us are saying that we were not at the table when the policy was being designed,” Palencia-Calvo said.

Georgetown Climate Center held all-day workshops in Boston and Newark, N.J., earlier this year. Another workshop is planned for July 30 in Baltimore. But attending those events requires traveling and taking off from work — a luxury not everyone can afford.

“As a paid advocate, I can look for funding to travel to those places because that’s my job,” Palencia-Calvo said. “But for other community members, it is burdensome to participate.”

Palencia-Calvo stressed that the bulk of revenue from the sale of carbon allowances should be invested in low-income and minority communities.

“In terms of specific programs, it’s about improving walkability, public transit, bike lanes and things of that nature,” he said. “Of course, it’s also about making sure that there’s affordable housing near those new transportation routes, and people don’t get displaced by gentrified areas.”

Somewhat ironically, equity was the focus of the recent workshop in Newark.

“I think there was a pretty broad consensus that there are ways you could implement TCI that would be inequitable,” said Dempsey of Transportation for America, who attended the workshop.

“So if all we did with the funds was subsidize electric vehicles and make them less expensive, that’s probably not an equitable policy, because the benefits wouldn’t trickle down to marginalized people,” he said. “But if we’re investing those dollars in public transit or electric buses or safer biking infrastructure, those are things that would benefit all communities.”

To that end, it can serve as a lesson for the raft of Democratic presidential candidates looking to take on Trump in 2020.

Others have proposed a quicker timeline, with Washington Gov. Jay Inslee urging 100% clean electricity by 2030 and net-zero emissions by 2045.

Absent from these ambitious policy proposals, however, are detailed plans for cleaning up the transportation sector.

At a Democratic debate last month, for instance, Biden endorsed a “full electric future” by 2030. But he didn’t specify how, exactly, the country would phase out gas-powered cars in just over a decade (Climatewire, June 28).

“I think it’s good for politicians — whether they’re a governor or a senator or somebody running for president — to have those kind of aspirational goals,” Arroyo said. “And clearly, those goals are in line with what the science is telling us to do to decarbonize our economy.”

But, she added, “our experience with TCI has shown that it takes time to effectuate those changes. And there’s really no substitute for the hard work of rolling up your sleeves, doing the analysis and bringing everyone to the table to have the policy be robust and enduring.”